On Sunday afternoon, Jacqui helped to organise this year's dinghy races. With marshals Roger Harden at one end, and David Seager at the other, Neville was designated safety boat/referee and in charge of the starter gun. 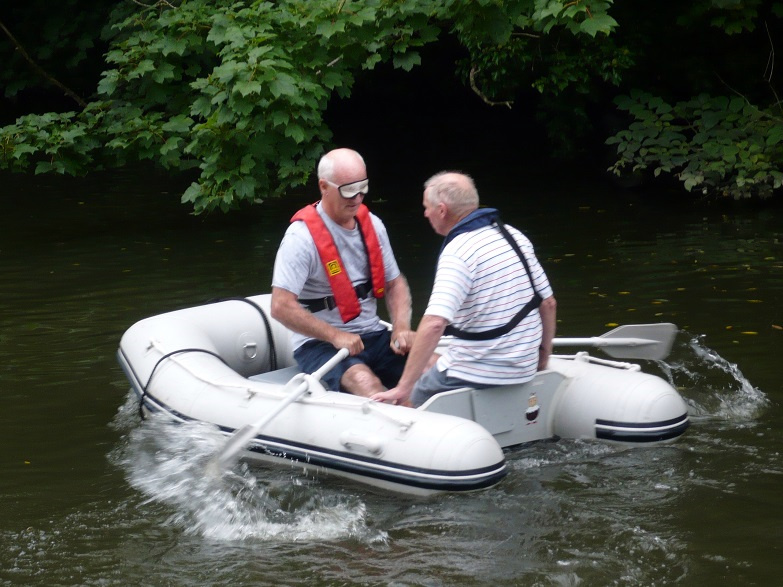 As the stretch of water was a bit narrow, each dinghy started at opposite ends, crossed in the middle, and on reaching the opposite end, navigator and rower changed places for the race back again. Of course, the rower was blindfolded as usual.

Many of us congregated on Born Free to watch the fun as this was moored near the middleڄSome (naming no names) tried to influence the race by dousing the participants with water pistols, attracting retaliation and getting wet in the process. It was fascinating watching the two tall guys, Phil and Tony Smy changing seats in their boat! 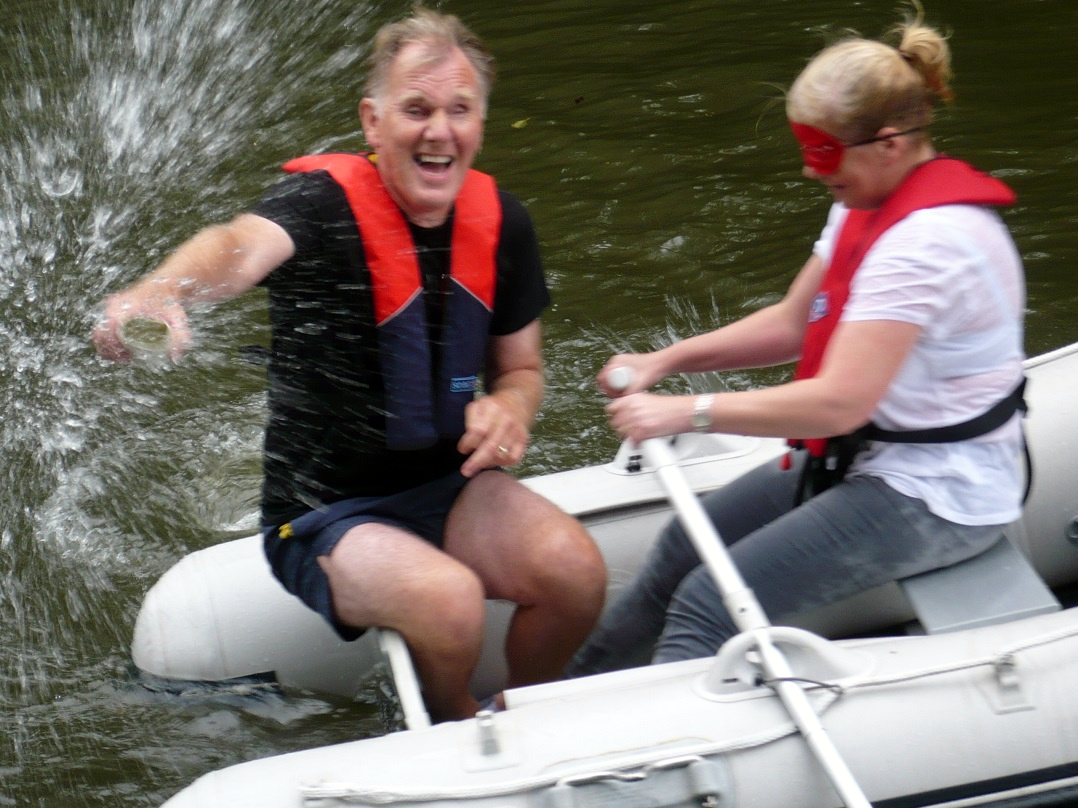 Things were going well until the final race when Tony Smy lost half his paddle. We watched it sink down, but it just couldnڇt be reached or hooked up. Undaunted, Tony went and donned his snorkel and face mask and went in to retrieve it. Nothing could be seen in the murky waters, so Barry fetched his torch. Still nothing.

We still had to have the deciding race so it was agreed that the rower of each boat would only use one paddle to make it fair. This looked really hard, and Barry stretched out long and low to increase his efforts, all the while being yelled at by his crew Sandy to go faster. Neville decided to up the ante by using his boat to nudge the losers along a bit. The crowd was really enthusiastic by this time, shouting out that this wasn't fair. OK –so Neville went to give the winning Barry and Sandy a shove too, resulting in them spinning around helplessly.

Lots of fun, and the broken shaft of the paddle was donated as a prize for the winning pair – Barry and Sandy!